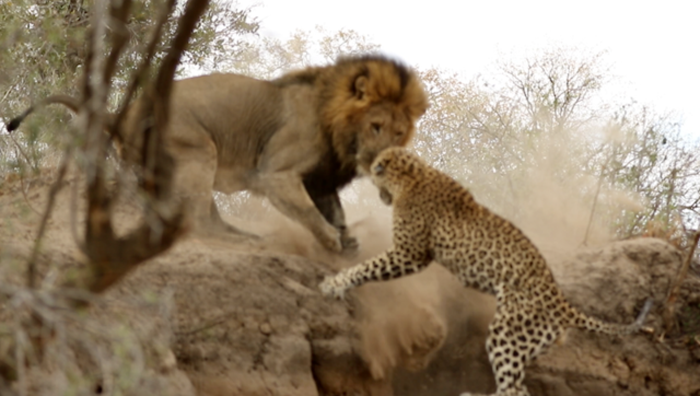 Watch the incredible scene of a male lion stalking and attacking a leopard in the Sabi Sand.

Build a Boma, Protect a Cow, Save a Lion.

Drama in the Mara: Lioness versus buffalo | Africa Geographic Blog. 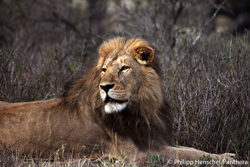 The Age: No More Time to Lose for Lions | Panthera. 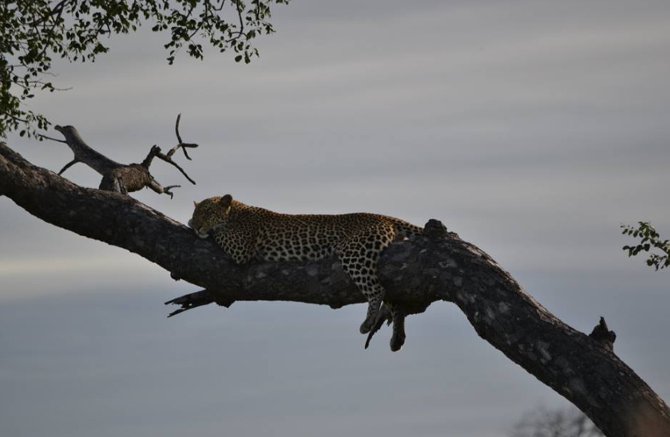 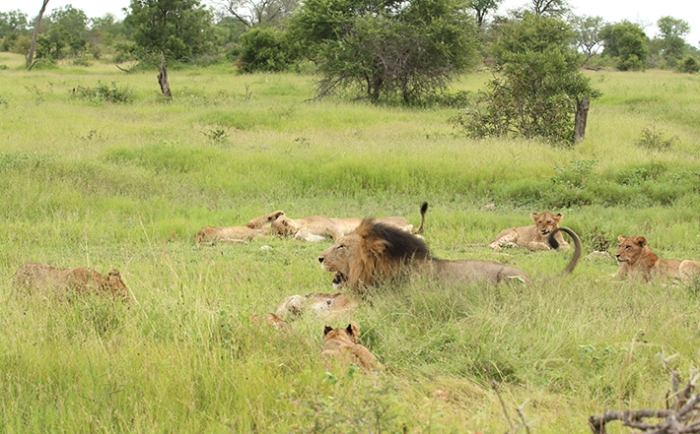 by James Tyrrell in Wildlife Diary 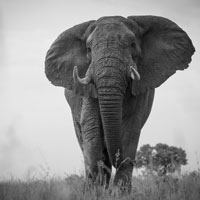 Lions are always touted as the king of beasts. Not so. Despite the occasional rare event in which lions have been seen taking down elephants (usually isolated incidents involving extenuating circumstances, but certainly not the norm), 99% of the time it is the so-called “King of the Jungle” that will flee before the might of the big grey pachyderms.
Elephants do not have much to fear from lions. Almost infinitely stronger, the very scent of the possible feline threat will often send a herd into a rage, and will end up with the cats scurrying away with their tails between their legs.

This was the case at Ximpalapala Koppie not too long ago, when the Mhangeni Pride, along with two of the Majingilane coalition, had their dignity trodden on as they were chased up into the safety of the boulders by an irate herd of elephants.

The lions had killed an impala early in the afternoon, and were lounging around near the carcass (which the dark-maned Majingilane was monopolising) when the elephants hove into view from the south. Having a few calves with them, and naturally protective animals by nature, the elephants lost no time in moving in to chase the lions away.

After sending the lions packing, the elephants moved off, leaving the pride to slink down to squabble over what was left of the meat.

Enjoy this footage of the encounter… 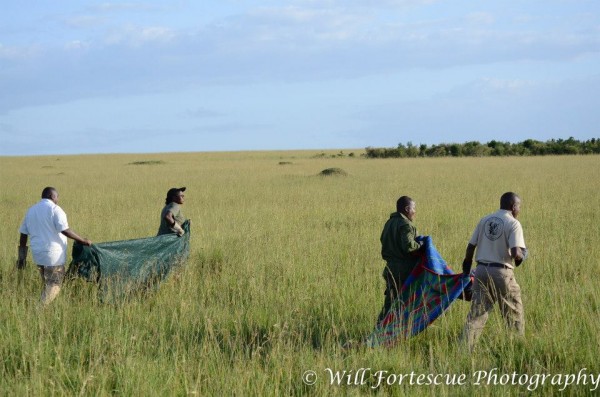 “As in human populations, territorial  ”punch-ups” frequently occur in the Animal Kingdom.   On January 17th, 2014 , in Kenya’s Masai Mara,  two lion prides tangled over their territorial rights, and a kill, resulting in one three month old cub becoming separated from her mother and pride.  One would assume that this was an automatic death sentence for this cub – but not so! A few days later, she was spotted by Governor’s Camp head driver, Moses, cowering in a wild gardenia tree….that way , keeping safe from the attentions of roving hyena clans which would have killed her in a nano-second.  She clearly had a very strong sense of survival and hope was restored that she could perhaps survive if she was reunited with her family. Alas, the following day she had disappeared  again and everyone’s concern was evident as to her fate.  Nevertheless, The Governor’s Camp team spent hours in the field trying to find her again and miracle of miracles they spotted her once again on January 24th- still alive and healthy!

The Anne K.Taylor Fund team leader, Elias, managed to contact the  local  Kenya Wildlife Service vet’s assistant, Felix, who is supported by the Sheldrick Wildlife Trust( whom we have assisted with many an animal rescue). In turn he contacted Governors Camp manager, Patrick Reynolds who had been monitoring the situation closely since the cub went missing.  Decisions were hard to make as the odds of survival were questionable.  The cub alone would surely not have survived as it was still milk dependent and without the protection of the pride it would have been easy pickings for any passing carnivore – or indeed some of the herbivores which would have taken great delight in killing a lion, their enemy – but if it could be returned to its mother and pride,  it may be rejected  as it would be covered with human scent. In our opinion,  it was worth a gamble!

In agreement with the County of Narok rangers it was decided to attempt a rescue.   Felix drove for many miles to meet up with Patrick and Moses – at which time the cub had gone missing yet again! (Rescues of any sort are never easy as wild animals go where they please!)….finally just before dark she was located again and the rescue began. As you can imagine,  after a few challenges in “capturing” the cub in a blanket, (!) she was released near her mother – and immediately bolted into the bushes and the outcome was not certain.    As it was now dark the team had to leave the pride and hope against hope that the cub would not be rejected by the pride or her mother. 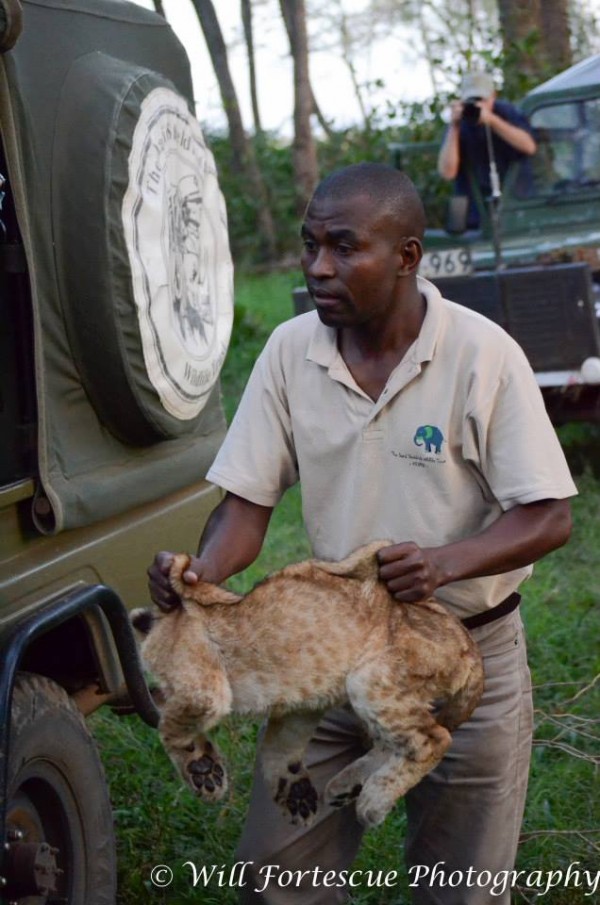 At first light, the team returned and joy! Joy!  the cub and her siblings were all together with their mother and it is, for now, a happy ending.  I wondered aloud why the lioness would not have gone looking for her missing cub . Patrick put it into perspective for me “Anne, he said, lions cannot count ” !  Thus one missing cub probably went unnoticed….I had never thought of that concept before but it made me even happier that the rescue was successful and the cub was back in the pride with no thanks to her mother!  Only the strongest survive in the wild!

My personal thanks go to all who were involved with the rescue of this lion cub – the compassion shown by Sheldrick’s Felix and his KWS associate were noteworthy.  For them, it is not “just a job” but a  passion and a commitment. Without the  perseverance of Patrick Reynolds, head guide Moses and other  Governor’s Camp staff  this cub would not have had a chance of survival.  It now will grow to be an integral part of the Masai Mara ecosystem, perhaps helping to ensure the very survival of this threatened species, without which Africa would not be the same.  I cannot imagine an Africa without the roar of these magnificent animals with which we have the privilege of sharing this earth.

My sincere thanks to Will Fortescue for these photographs and to Moses Manduku of Governors Camp. 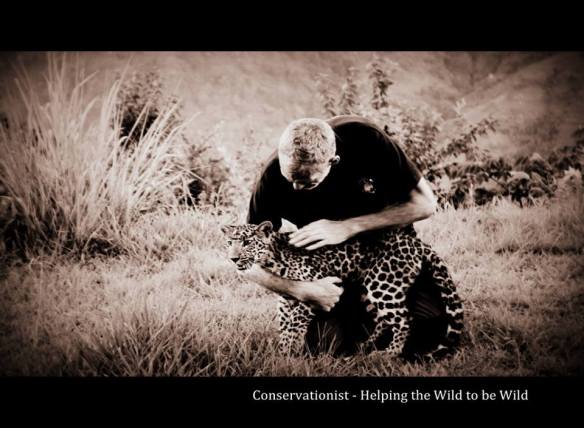 Tigers in the Forest – Michael Vickers

We are all connected

10 Things You Can Do to Save the Ocean